Last few days, May Offer, any orders for cards or bracelets, money will be donated to ME fundraising. Items won't be made until June though, due to school holidays, check out http://www.craftyjanes.co.uk/gallery.shtml and https://www.pinterest.com/emilysmummy/made-by-me/ for ideas.

I did another awareness event at Rothwell Baptist Church  Family Friday, we did the crown making again and Rob did a talk. It was good, but was rather ME from Rob's point of view, we were supposed to do it together, but I got past being able to argue with him and just let him get on with it.  It gave the information even if it wasn't quite how I would have done it. It seemed to be well received. I always find it difficult to judge and always think it does not do justice to the reality, but how can you do that really?  When we did the one at school the children asked some interesting questions.  I think as much as anything though it shows that you never know what a person is feeling or suffering, whether it be illness, bereavement, trauma etc and could make for some interesting discussions.   If anyone is interested in sharing experiences and writing a piece I would love to hear from you by email or comment on this post.

As part of the fundraising we also had an auction on the team facebook page I sold some bracelets and cards, I hope their new owners like them.

At the school event and the Friday club event we had a competition for best crown for boy and girl, here is Emily modelling the ones made by her class mates 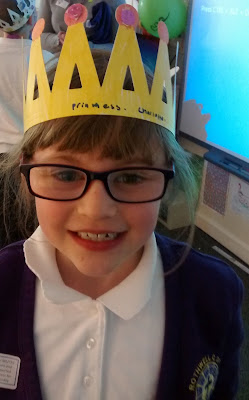 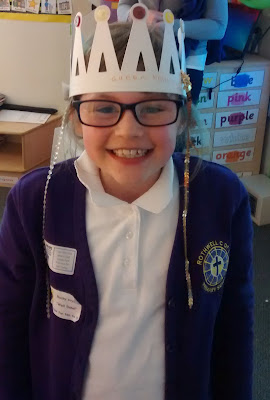 Between the two events we also went to see Disney on Ice at Leeds Arena.  It was a great show, but rather exhausting for me, it was well worth it to see Emily's face 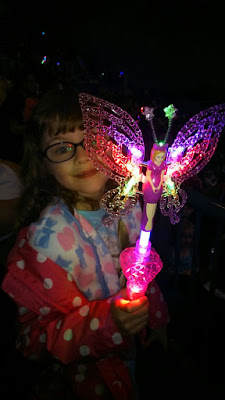 I am going to post this now as it has taken me nearly a week to type it!  I hope to post the full set of photos and captions when I have the time and energy, doing these events and having school holiday has been totally exhausting, being a Princess is not an easy life!

Email ThisBlogThis!Share to TwitterShare to FacebookShare to Pinterest
Labels: action for ME, appearances, ME awareness, Princess for ME