Well having worked myself into a right state yesterday, had very little sleep and have jobs that need doing, plus need energy for quilt class tomorrow, I am not feeling too great today, again!  Why do I worry and get myself worked up over things I have no control over?  I am feeling anxious and on edge all the time.  I feel like I am waiting for something awful to happen all the time, but then whatever happens cannot be changed so why worry.  Looking back we have been through all manner of traumatic events and come through them so why worry about what might happen and how to cope?  Its not something you can switch off though, wouldn't that be easy?!  Life goes on whatever you are faced with and you deal with things as you go along.  I think sometimes its the quieter times when we feel less able to cope as all our resources have been used up at the more stressful times and we become weak and vulnerable and worry about the next problem, rather than making the most of the here and now.  One way to keep worries at bay is to be active or keep busy, but with ME that is difficult and we pay the consequences of what we do, but I think we also pay the consequences of worrying and trying to cope.  I can suffer as many symptoms after an emotional day as physical one, although days are not usually one or the other, so its difficult to separate and really know what caused what.

I am trying to get Emily to sleep back in her bed now the nights are getting colder, so gave her a new duvet cover that I was saving for Christmas in an effort to make it more inviting and I let her choose the sheets she wanted on and gave her the furry mattress cover off the other single bed!  All well and good except I had to make the bed up, it has taken me most of the morning and left me feeling sick, dizzy and shaky, not to mention in pain and tired.  Rob did say he would do it, but Emily wanted it ready so I thought it best to get on with it rather than saying no and putting her off using it and she will be able to show her friend who is coming for tea.

I wanted to get a bit of my quilt done before tomorrow, but its not to be I'm afraid.

Oooo just realised I made cup of tea about half an hour ago, must go and find it!  Whoops rather stewed as it was still in the teapot!  Its my favourite earl grey and the leaf tea is so much better, I use each pot twice to get my moneys worth!! 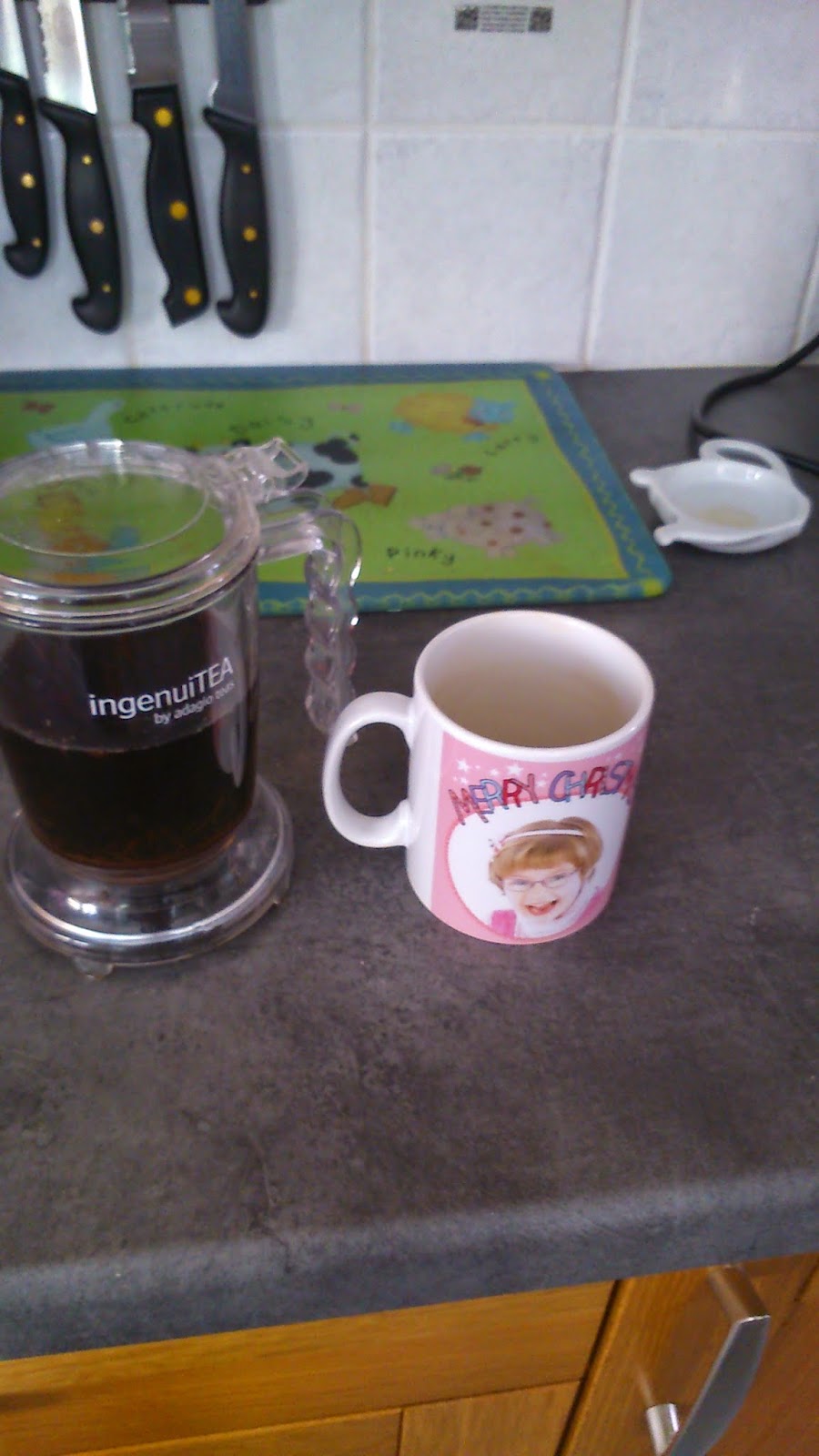 The quilt is now ready to be made up, spent most of the last session on the floor pinning it together. 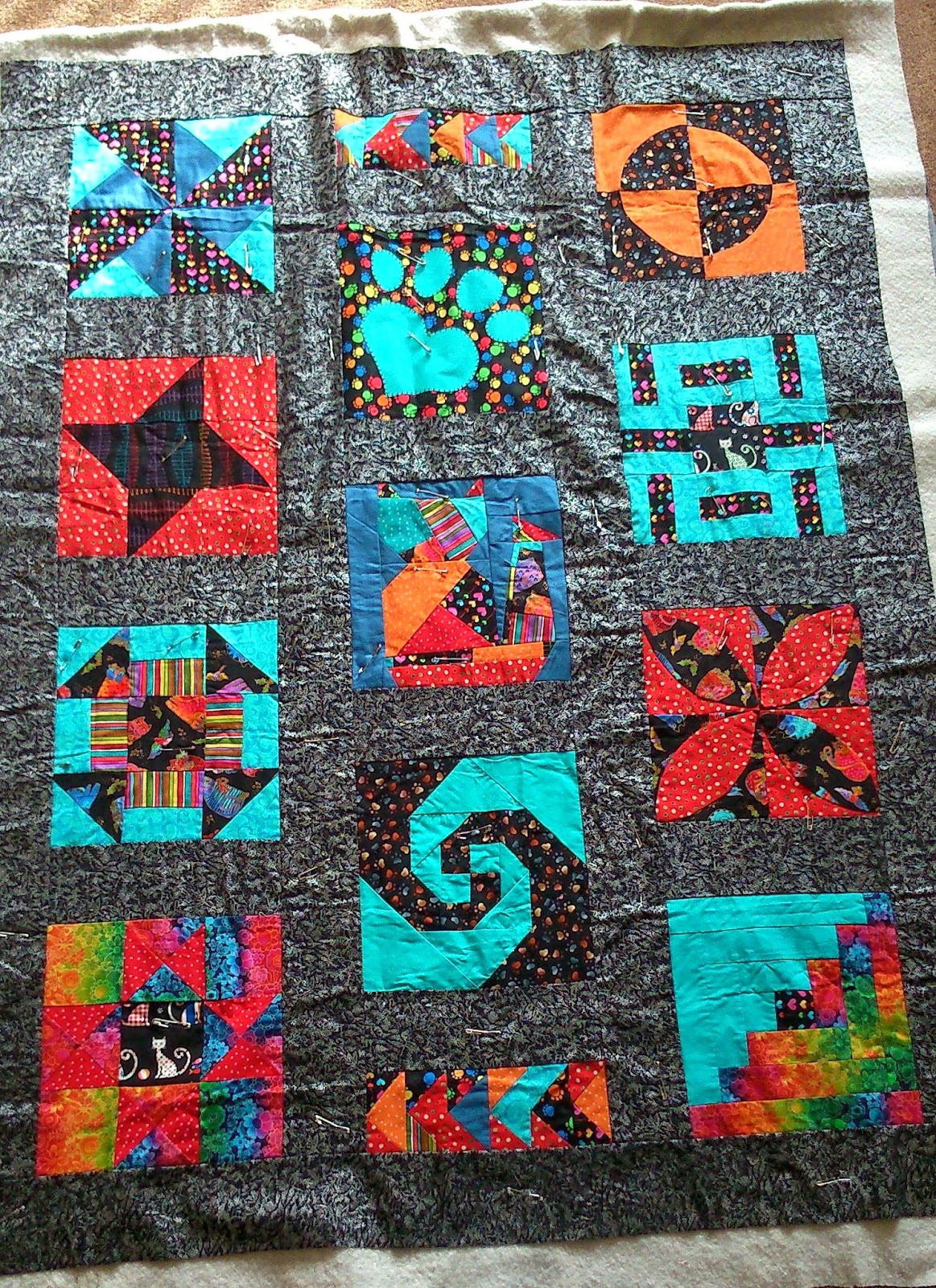 After pinning it all together I decided the cat needed some eyes, so asked the advice of my friend Pat and some of her crafty ladies, they agreed and we decided on these buttons. 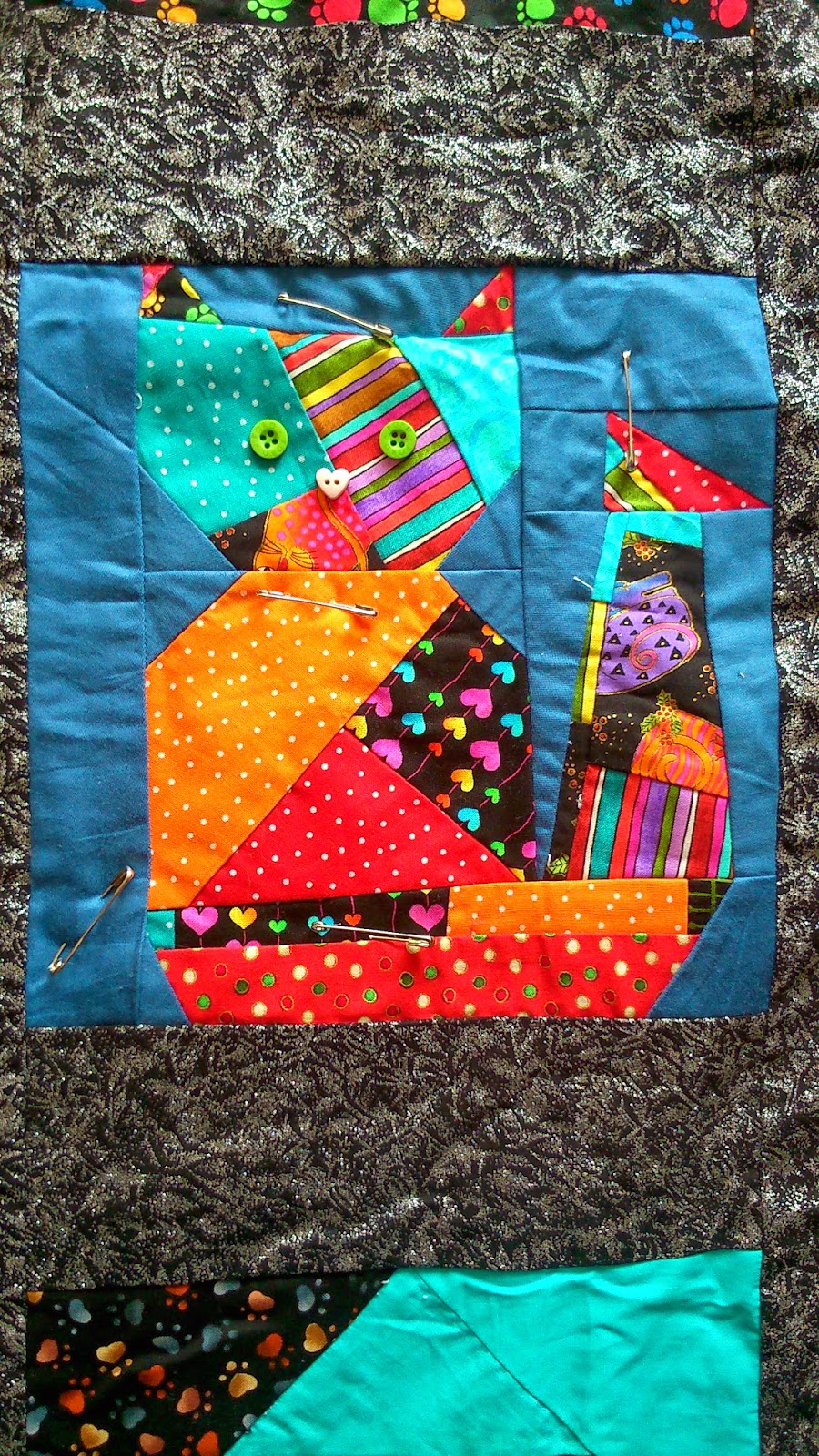 I need to unpin a bit so I can get my hand in to sew on the buttons, will try and get that done later.

I also need to ask Sarah about my next two ideas the Olaf window picture for Emily.  I wanted to make one like this 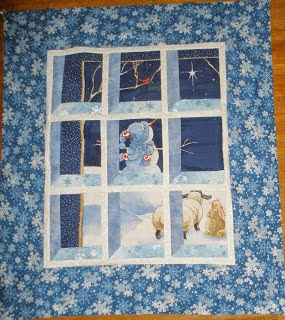 but its quite a lot of work, so think I will got for simpler design like this 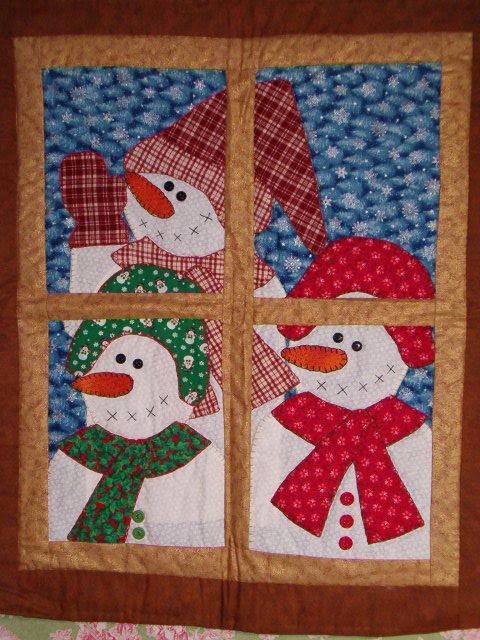 with the Olaf panel I have bought 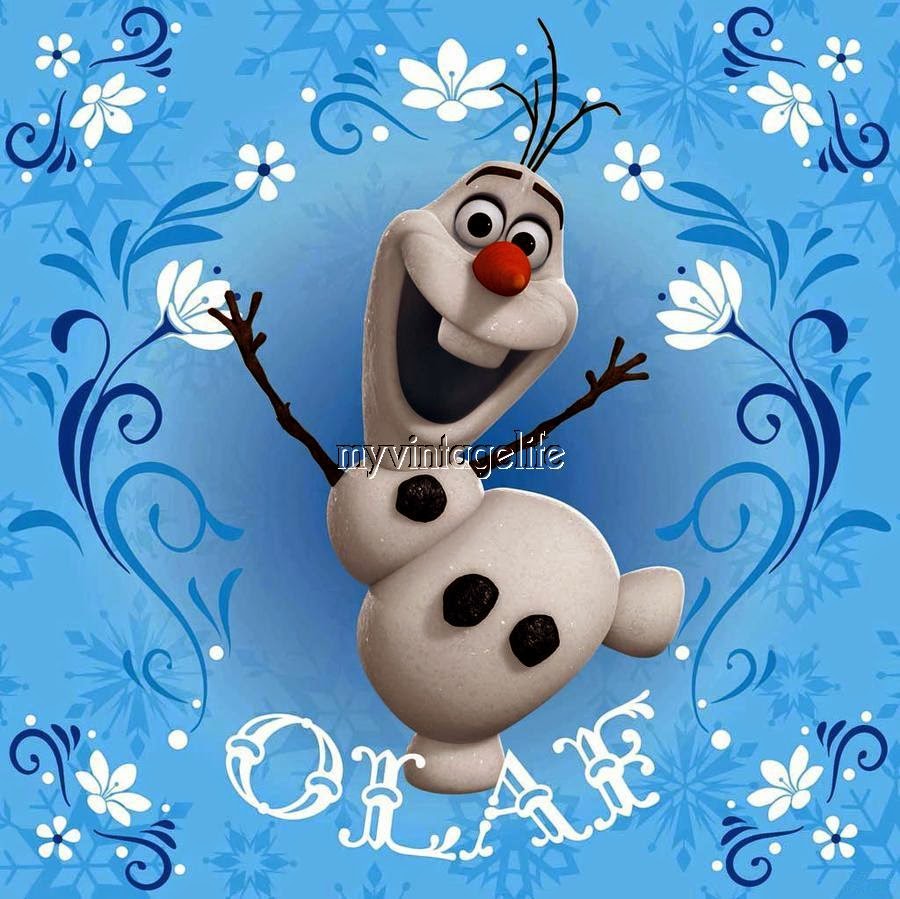 My other project is a cat picture for my bedroom, like the cat on the quilt but in blues, we printed a mock up, but I can't find it or the computer file :-( Spent 10 mins looking again and found it, I hate losing things and spend half my life looking for things! 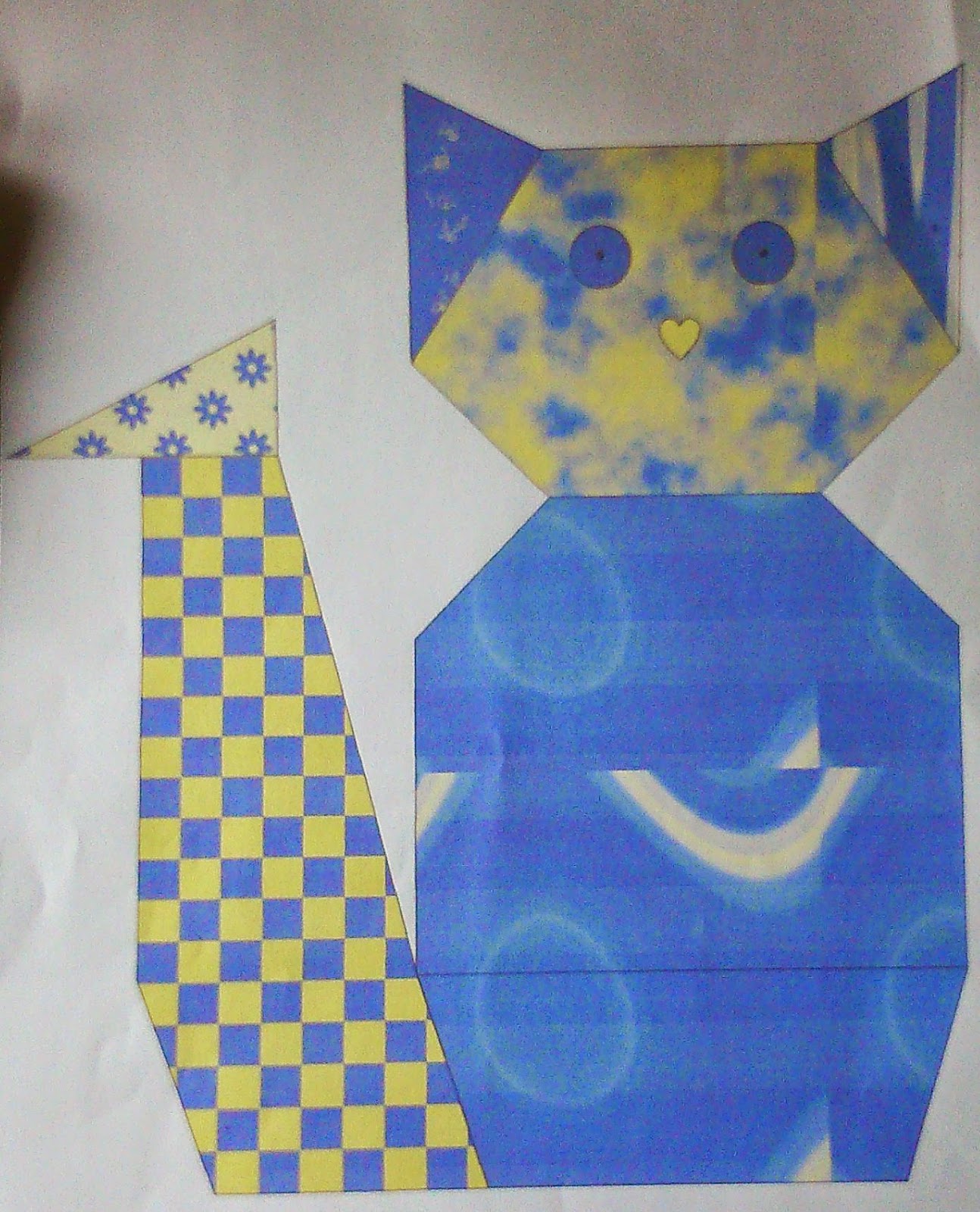 I love him already, hope it looks this cute for real.

I am lucky that Rob has booked day off tomorrow to come and help me carry stuff and drive me there and listen to any complicated instructions, but I am disappointed that I need his help and that he is using his holiday to do it rather than something for himself or something more useful.  In the afternoon we have to go into school to see what Emily's class have been working on this term.  I am looking forward to it, but know it will be a difficult day.  This said I had better go and get some painkillers and some rest.  I will try and catch up with my positives later.

Crafting with ME by Email